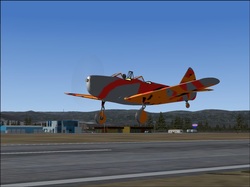 [Cranbrook is a great small airport nestled in the rock mountains in the interior of British Columbia. Great for taking of and doing some touring or doing some touch and goes. In the last few years id take the aircraft (seen at left) and do some touch and goes with it, very nifty little aircraft. Its also great as a starting point for other flights around the area, to the north CYCZ is only a short 10 minutes from Cranbrook] 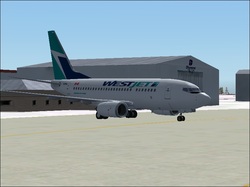 [London's airport is situated in the lower south west ontario, great for touch and goes and for long range flights across ontario or into western or eastern canada. With westjet having daily service from london to eastern and western cities and now into southern US states, Its a great airport for whatever your needs may be.Also home to the infamous Katana Kafe.]

Collingwood (CNY3) Been Here in RW/RL 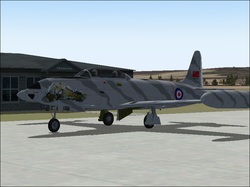 [With close vicinity to blue mountain, Collingwood is a great GA airport for flying into or out of for any destination. With so many small airports in the area its great to head from Collingwood to other airports like Edenvale or even head toward parry sound. Also great to do touch and goes.] 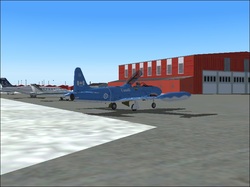 [St Thomas i located roughly 30mins by car south of london  Great for touch and goes and also for a great starting point for any type of aircraft flight. Every other year there is an airshow like no other. Its a great place to test new aircraft out or do anything you want] 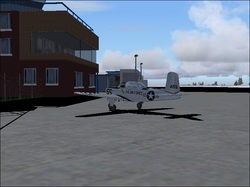 [Kingston is located in the central east area of ontaio and is a not so busy airport (unless you have hundreds of flights set up (in AI). Not far from canada's CFB Trenton, known for its C-130's and Polaris jets.Its a great place to come to as well as do some amazing touch and goes]. 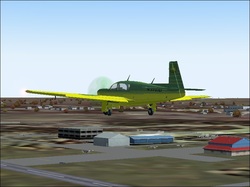 [Located in the heart of Huron county, Goderich airport is very close to the water which allows for some very interesting approaches from the west]. 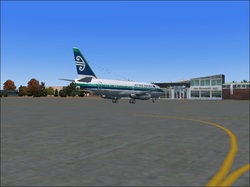 [If you are looking for a wonderful place to start from in New Zealand. Then New Plymouth is the place to fly from. Only 220nm from NZCH on the other side of the island you can definitely fly to wherever you want to go down under.] 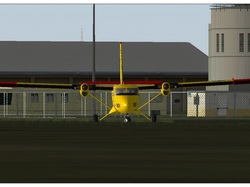 [A Great little GA airport just a few miles from Calgary. Great for taking a nice flight around calgary and towards cranbrook] 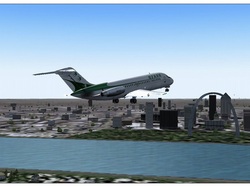 [St Louis is a great international airport for doing flights within and outside of the USA. One of the best part of St Louis is coming into one of the runways and flying right over the st louis arch!!]

[Manchester is a wonderfully made airport in the northern part of England.Also called Manchester/Ringway. UK2000 has created quite a set of what Ringway looks like in the real world.] 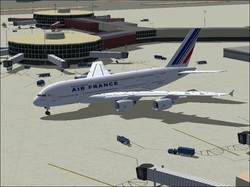 [Las Vegas, ah king of the casino world. With southwest having a hub here and now a flight on westjet driect from my home airport (CYXU) its right there at youre fingertips!!] 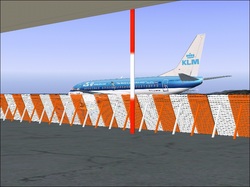 
[Skiathos is a great airport located in the south of greece. A great place for spotting or for flying in to see the sights.] 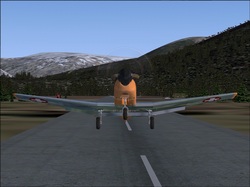 Stewart(CZST)
[A small gravel strip located on the border of BC and Alaska. Within 20 minutes of PAJN and the rest of Alaska.] 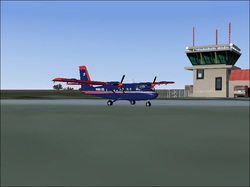 Barra( EGPR )
[Located in the middle of the upper lowllands of scotland. Barra is one of the onlt airports based on sand and gravel as a runway. Most aircraft flying in are the DHC6's. British Airways and Flybe are the only two operators at the moment] 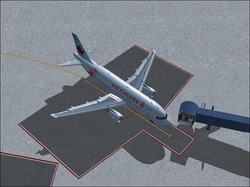 Fargo(KFAR)
[In one of the coldest places in the US of A, Sits a small town that everyone know s about from the movie of the same name lies an airport that serves not only people but cargo as well. Fargo -Hector Intl Serves Delta, Frontier and many more as well as DHL Cargo, Fedex UPS etc] 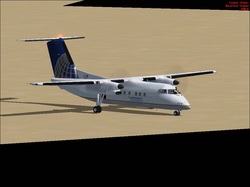 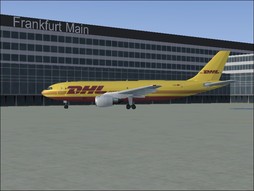 Situated in the hills of germany sits the airport of Frankfurt am Main. Used by many airlines like Turkish, Delta, Lufthansa and Air Frace and more. 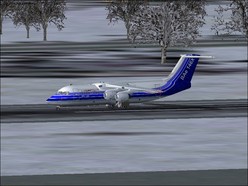 
Innsbruck is know for its steep hills and ski areas, getting into and out of is very tricky for any pilot anyday. 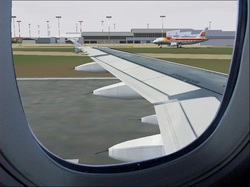 Situated 50nm out of EGLL (LHR) sits liverpool. Small little airport that serves as a hub for easyjet and a destiation for iberia and ryanair. 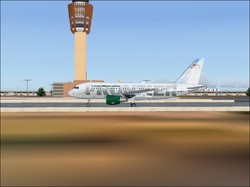 Its inisde Pheonix and is an airport that is called phoenix skiy harbour. Home to Honeywell Aviation, and hot hot heat!!! 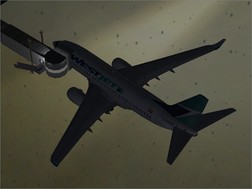 Calgary (CYYC) Been here in RL 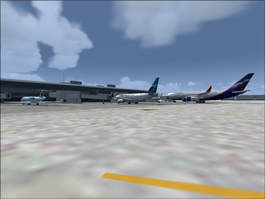 A great airport for you and millions of others to enjoy, just try to stay on foot. 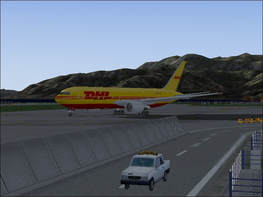 Tivat (LYTV)
Tivat is a small airport in Montenegro. Montenegro is on the other coast to the right of Italy's right hand coast. Dubrovnik Airport is only a short 10 minute flight from Tivat. Many 767's fly out of Tivat with airlines like Utair.