This is where i will post the most recommended planes (FS9 Only). 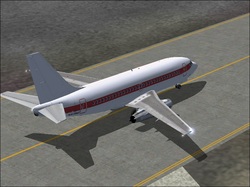 Tinmouse II
The Tinmouse is an amzing addon to use in Flight Sim. If you are an avid Flight simmer and a 737-200 fan like me then you need this plane. Handles nicely and lands just the way you want it to. It comes with a great panel that i found hard to figure out the A/P But then I mastered it. It origionally Comes with favoite liverys including Delta and Continental. And you can also download more from flightsim.com or avsim.com] 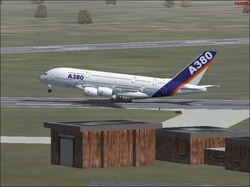 A380 CYXU
[There is just something about the A380 aint there? So Big and Huge. If you have ever liked this aircraft in the world and been watching the way they had been building it on TV everynow and then you would be inclined to try this aircraft out.  Its very easy to fly and among other things you would think it would be really heavy to fly but you would be wrong. Its so simple even a baby could fly this model of it.  Comes with the livery shown in the image, but you can always download lost of  addon liverys from flightsim.com or avsim.com]

<This livery showcases the old style  origional paint scheme  Airbus had origionally planned to paint the first prototype this way but then changed it to a blue and white as seen on airliners.net as F-WOWW.> 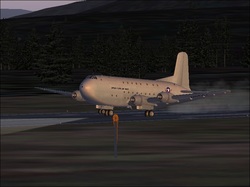 C-124
[This Is another of my reccomended aircraft for FS9. Just was released earlier this year.  Is a geat additon to your prop collection, should you actually have one.The sounds that come from the engines sound real to what it would have sounded like back in the day.  Contains full animation with flaps and alerons and such.Open the doors and it will show the cargo entry from the front to the back.]

<This livery (which you cant really see very well is of the MATS livery) MATS was some sort of miltary cargo or troop carrier line.> 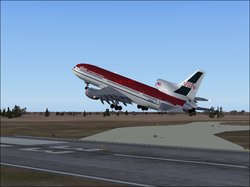 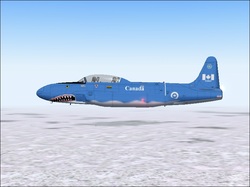 Tim Conrad turns out so many beautiful aircraft every year. This one was released back about 7 years ago and is one of the best and only T-33 model out there. His original file comes with  mostly american  USAF  paintjobs.  I downloaded a few Canadian CAF/RCAF paintjobs and they are very nice. There has been some speculation that someone is going to update the model but i dont think its needed i think it looks fine.] 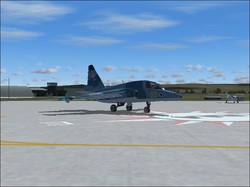 At CNY3
Kazanori Ito's frogfoot is a great addition to anyone's fighter jet collection. Its much smaller to its russian counterparts, but it make up for its size by packing a powerful punch on takeoff and a smooth ride on landing. The origional file comes with 4 paintjobs of russian fighters. ] 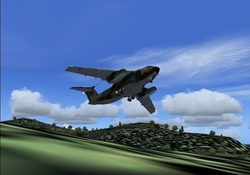 Crazy
[Unsure who made this aircraft.If you had said hey go take some shots of a kawaski C-1 i would have stared at you with some sort of confusion on my face as i had not heard of it, yet now that i have flown it lots i love it!!]

<this livery is one of only one liveries for this aircraft> 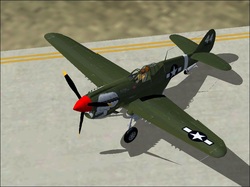 P-40 at YXU
[Krzysztof Malinowski and J. McDaniel's P-40 Warhawk (FS9_P40N.ZIP) is where you can find this amazing wartime fighter. It even comes with a view you wouldnt even believe!! ] 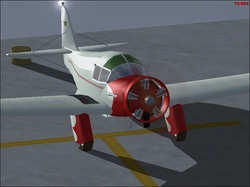 
<this is one of the default liverys you can use!> 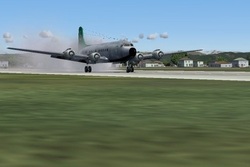 [Probably the most realistic DC-4 models you'll ever find for flight sim. One of Jens B Kreistensen's best work to date. It takes a bit of mastering to learn how to get it on the ground correctly, ] 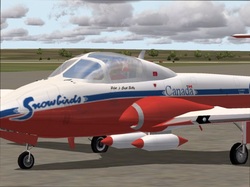 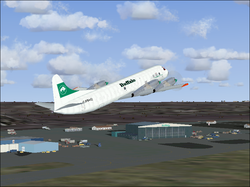 The Lockheed Electra is an amazing cargo aircraft. Buffalo Airways bought a couple of aircraft to help out on a few legs of the cargo flights 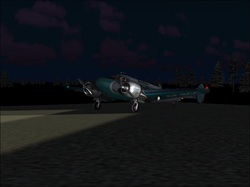 Great airplane for doing small little flights inside a country or around a state or province and great for putting on a show. 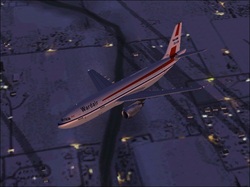 The Airbus A300 is a short- to medium-range widebody jet airliner. Launched in 1972 as the world's first twin-engined widebody, it was the first product of Airbus Industrie, a consortium of European aerospace companies, fully owned today by EADS. The A300 can typically seat 266 passengers in a two-class layout, with a maximum range of 4,070 nautical miles (7,540 km) when fully loaded, depending on model. 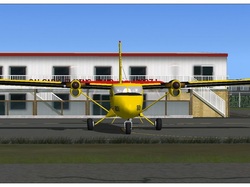 The DHC-6 Twin Otter is a Canadian 19-passenger STOL (Short Takeoff and Landing) utility aircraft developed by de Havilland Canada and currently produced by Viking Air. The aircraft's fixed tricycle undercarriage, STOL abilities and high rate of climb have made it a successful cargo, regional passenger airliner and MEDEVAC aircraft. 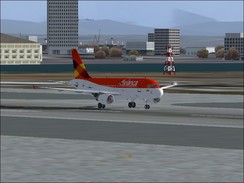 Airbus made most of the A320 family in the late 80s and early 90s. Some amazing aircraft to beat.

​<this IFDG A139 is paiinted up in the Avianca paint colors> 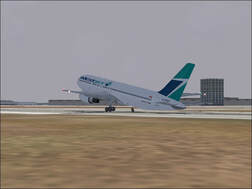 Project Opensky back in the early first decade of 2000's were pumping out tons of new aircraft like the 767, -200 ,-300 and 400 variants.  They made some amazing aircraft and some other members of fightsim.com like "Mathew Voss" and others made them seem way to realistic with amazing paintjobs!! 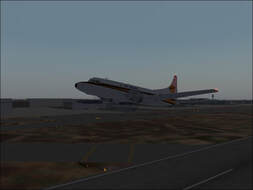 Back in 1960, convair was looking at making an improvement with aircraft stability from the previous aircraft's being made (CV-240 all the way to the 440) and decided to look towards new opportunities and  change a few things and released the convair 580 with new avionics and new engines and new cowling/engine cover shape.